Our customer approached us with the requirement for a long carport to cover the left-hand side of his garage. He wanted the canopy to cover two of his classic cars (one in front of the other). Consequently, the canopy needed to be 2.5 metres wide and 9 metres in length in order to cover both cars. 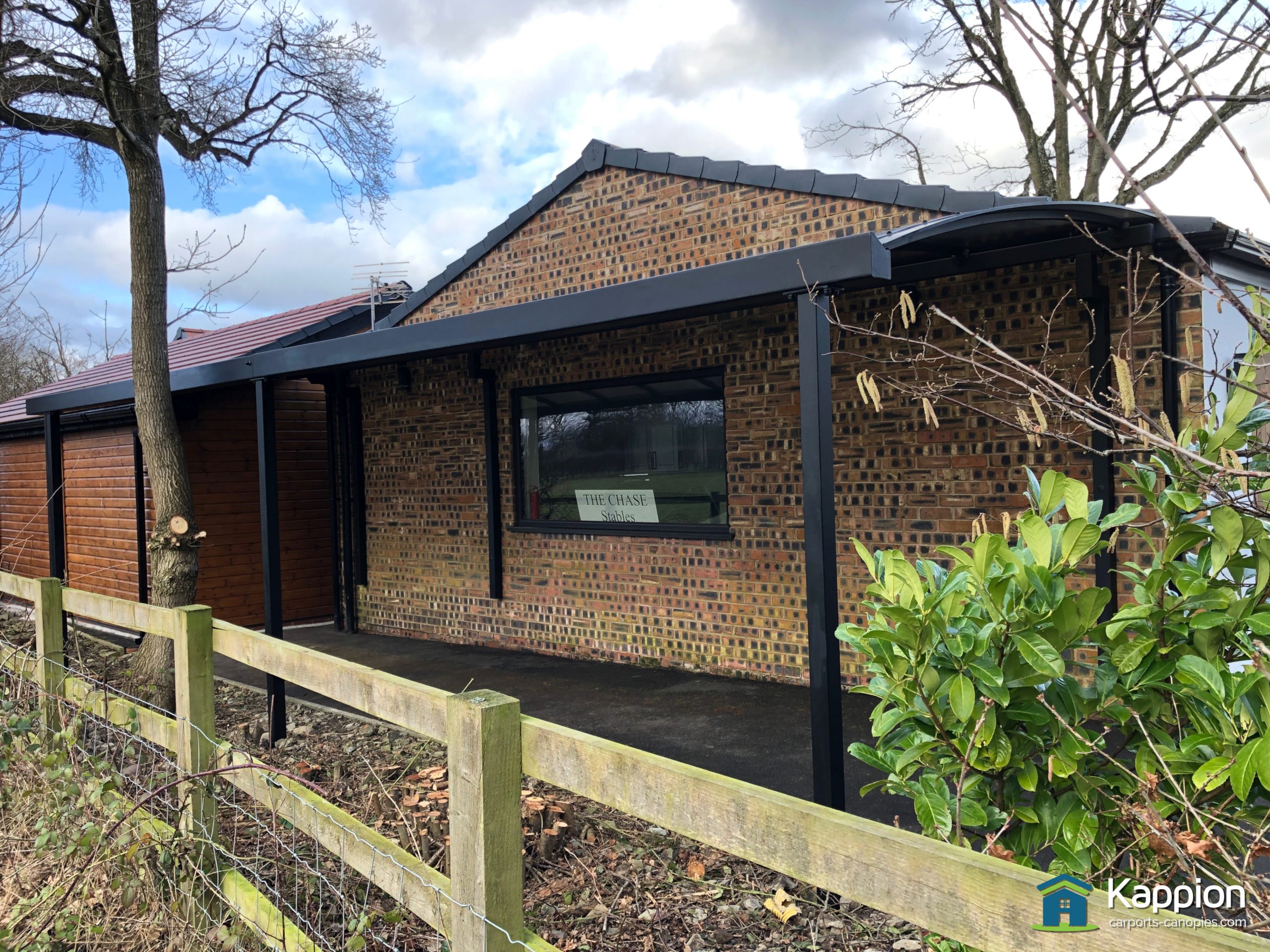 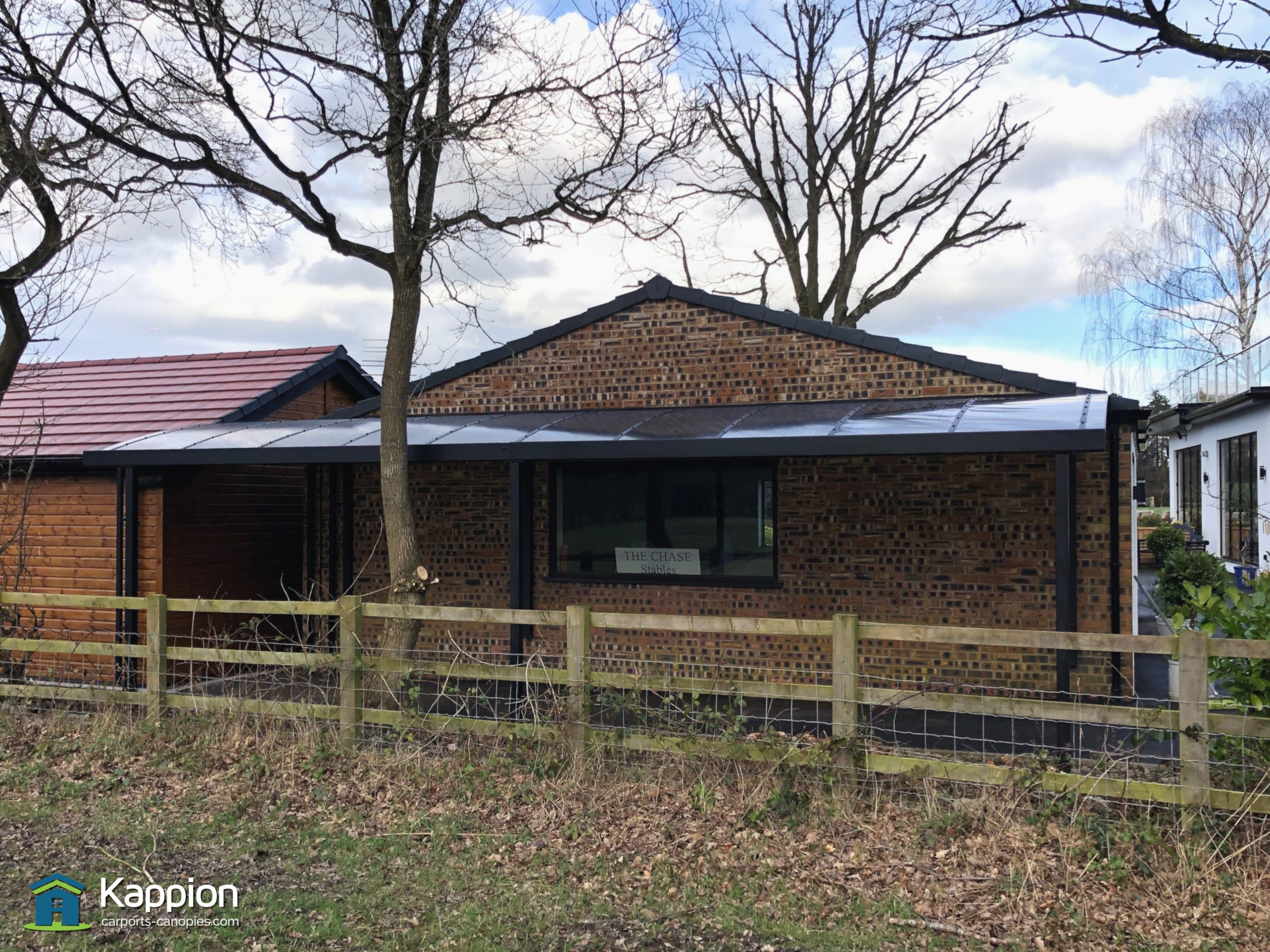 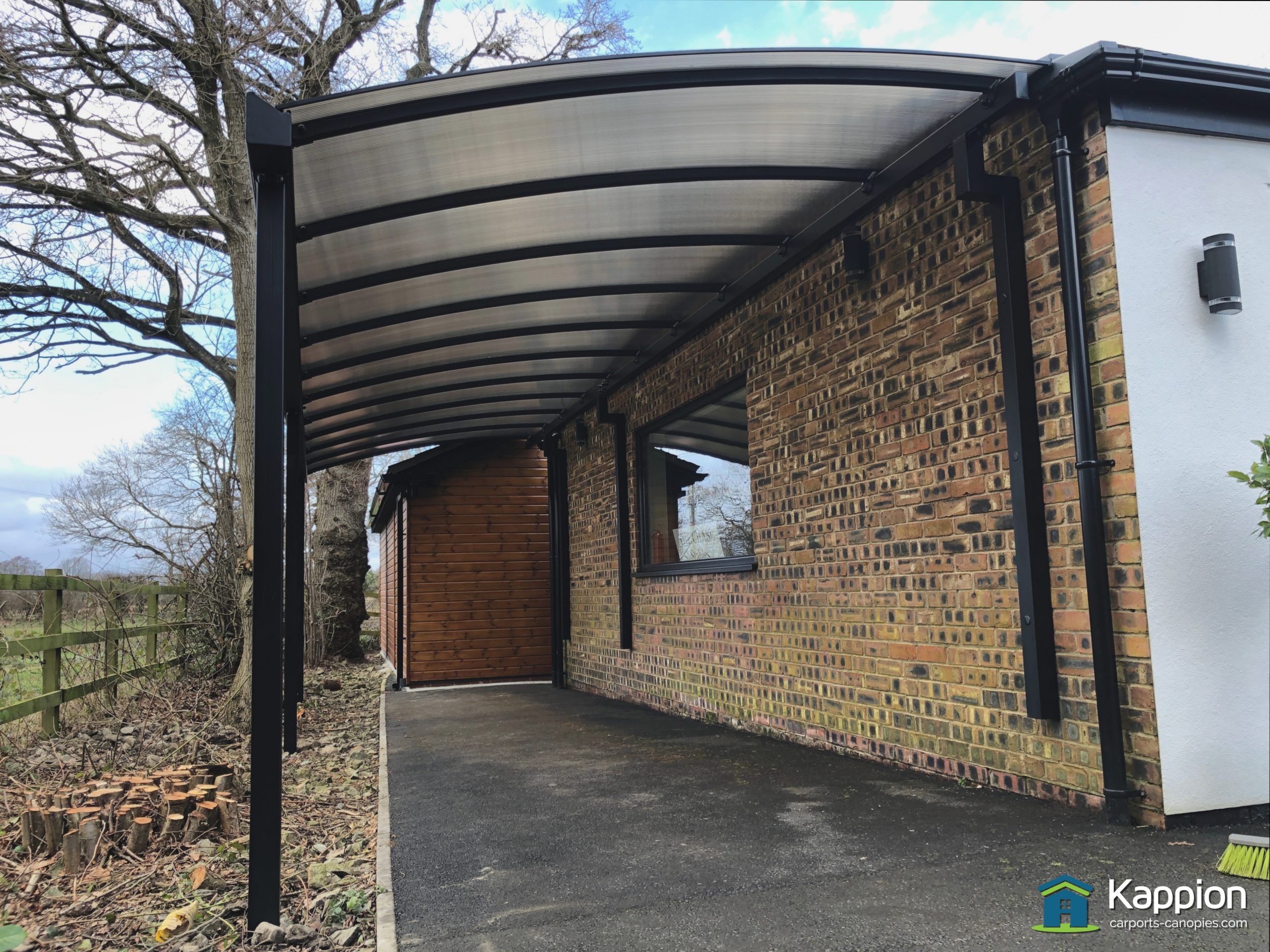 The initial visit was extremely straightforward. After measuring up using our state of the art LiDAR point cloud scanner and taking into consideration the surroundings, we designed a beautiful canopy which complemented the look of Stephen’s garage and property. We positioned specific posts and down pipes to ensure that they would not be obstructive.

Initially, Stephen wanted his carport to be 2 metres wide but during the survey changed his mind and went with 2.5 metres. This would then allow him to get in and out of his vehicles with ease. Aesthetics were a big priority for Stephen as the carport frame had to match the fascia and downpipes on his garage.

Further to our survey we suggested that we would need to use wall-attached cranked posts to offset his eaves beam. This was to avoid downpipes, lighting fixtures and cabling. Stephen wanted the far end of his carport to touch up against his timber building and as a result, we would need to cut around the roof, tiles and fascia with our polycarbonate sheets.

Once we created a design for the final solution, Stephen was happy to sign the production drawings off and the canopy was sent into production. He chose Jet Black (RAL 9005) as the colour for his carport to be powder-coated in. This helped the canopy blend into its surroundings including Stephen’s garage.

Additionally, he selected bronze polycarbonate for the roof as he wanted to create a shaded area for his vehicles and soften the overall look. Another benefit of bronze polycarbonate is that because it’s darker, it hides bird excrement, fallen debris and leaves from trees very effectively.

Once our team had a manufacture completeion date our project manager arranged a suitable time for our fitters to deliver and erect the carport. The installation was successful and by the end of the first day the completed frame was level, secure to the wall and set in concrete.

The second day involved glazing the canopy with polycarbonate, checking/securing all fixings, tidying and wiping down. The carport was easily installed within the two days that we had allowed for it.

In conclusion, it was evident when doing the final walk around with Stephen that he was extremely happy with his new Kappion carport.

Kappion delivers a world class premium product. Manufacturing from a state of the art, 20,000 square foot facility in the Midlands, along with our carefully chosen and experienced suppliers across two sites in Europe. Between us we have amassed years of canopy manufacturing experience. Here are some of our combined statistics: