We provide the strongest and most effective protection with our canopies, making them more than suitable in a commercial situation where health and safety are at the forefront of the project. BMW contacted us regarding a triple wash bay canopy for their Southport site. 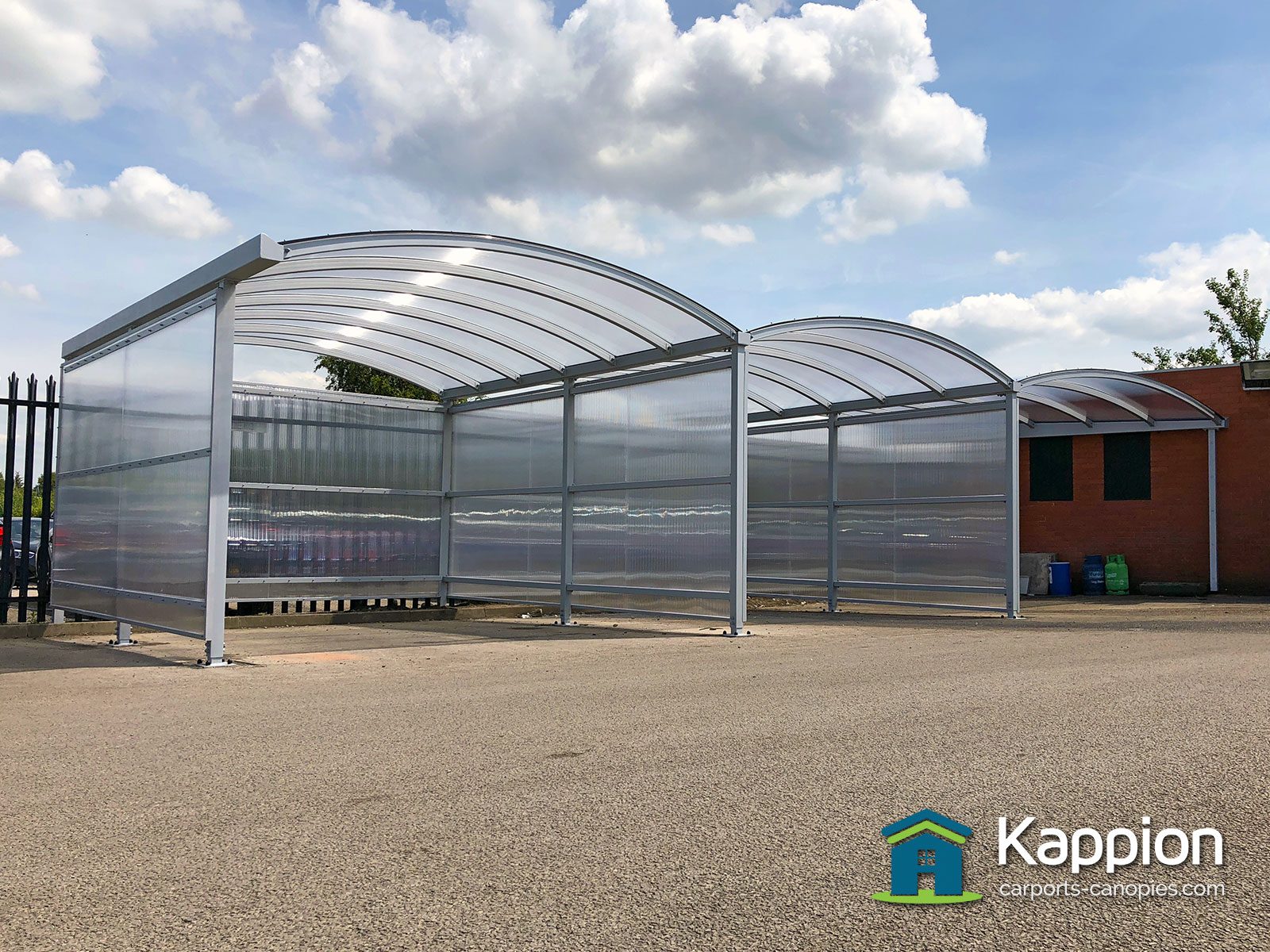 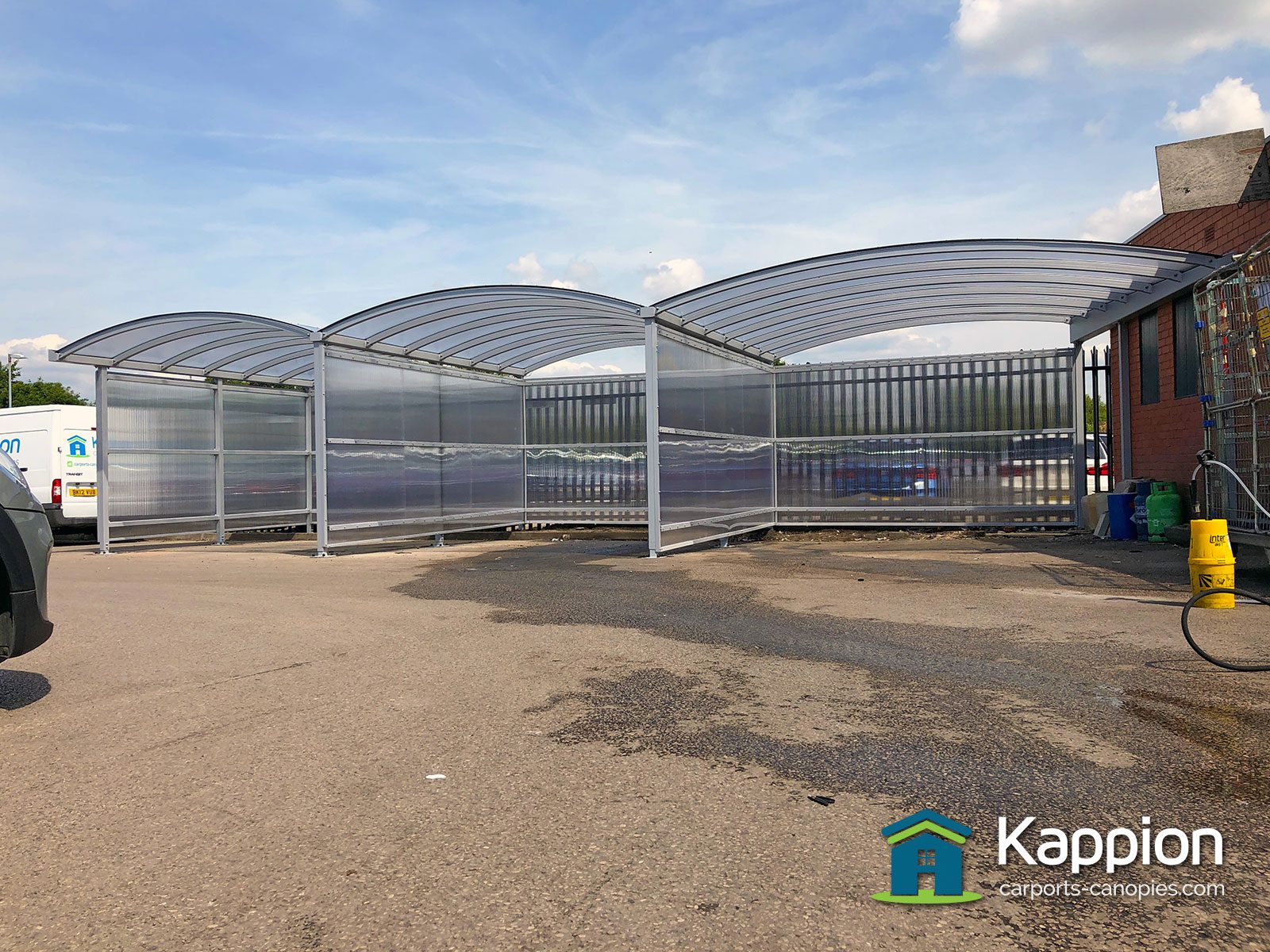 During the site visit, it quickly became clear that a large canopy was required, also featuring a taper. Whilst the first two bays would be around 4 metres wide x 5 metres long, the third bay featured differing widths and lengths in order to line up against the existing building.

We also discussed side panelling for protection against the wind and rain as well as to obstruct over-spray from the jet wash polluting the area where clean cars were parked. As a result of our bespoke design and custom manufacturing, we knew we could complete the job that many of our competitors would not be able to.

Once BMW confirmed the size of the canopy they opted for 25mm polycarbonate infill panels between each bay and at the rear of each bay. An infill panel was not required on the right-hand side as the canopy would be protected by the existing building.

The production drawings were raised and signed off by BMW who chose to have the framework powder coated to RAL 9006 (White Aluminium) as aesthetics were still important to such a high profile company. BMW specified clear polycarbonate for the roof and side paneling, thus letting as much light as possible flood into the work area underneath the canopy.

Once installation began the canopy took shape very quickly and by the end of tpaneling day, the framework was bolted, secured and levelled in preparation for the roof glazing and side infill panelling. The last day was spent glazing the canopy, and installing the down-pipes and side panelling. Finally, the canopy was cleaned and inspected.

After installation, the canopy looked sleek and substantial and the working area underneath the canopy was light and airy. Although this is a commercial triple wash bay canopy, aesthetics were still an important factor for our customer. BMW was more than happy with the finished product.